Could not create output file

Hi All,
I’m sure this issue is not new to all you old programmers but its new to me

other that that its a standard install

I would appreciate any assistance that can be given
Grant Brown

Are you running the exe file and forgotten to close the program before recompiling?

If Graeme’s reply doesn’t help, have you tried restarting the IDE? The whole computer?

If you still have issues after restarting your computer, I’d be checking to see if your anti-virus program is locking the file for some reason.

I have had this a few times for sure, and made notes on it.
Here they are
F2039 Could not create output file ‘.\Win32\Debug\DeafTALK.exe’
NOTE: | where is 'C:\DeafTALk ?? ?? ??
This can be a compiled unit file (.dcu ), an executable file, a map file or an object file;
(1) Delphi tries to generate DRC files and fails.
Uninstall VLC Player and ‘everything worked fine’
(2) the .EXE is blocked by another process.
Eg, in debug mode, the debugger typically locks the executable. use Process Explorer
(3) The linker (RLink) has generated an error, possibly due to finding unexpected versions of
the .dcu, .bpl, and .dcp files
(4) You don’t have the required write permission for the directory.
Check the access privileges of your application.
(5) Don’t install to C:\ProgramFiles
(6) Time delay 30 to 90 secs means ONE compilation per minute
(7) DELETE FILES IN THE C: … … \Win32\Debug directory
(8) Handle64 not only can find out who is holding a file open, but also can close a specific
connection. So I use that. [https://technet.microsoft.com/en-us/sysinternals/handle.aspx]
(9) In my case it was caused by Windows Search (SearchProtocolHost.exe) accessing the file.
(10) DLL called previously, but has not been released for this call

Hope this helps. Cheers from John

Would you think it acceptable to have your mother tongue referred to in
a forum as sounding no better than foul language?
I sure don’t, so no matter how common the expression is, please remember
you are speaking to a wide audience, keep the casual put-downs for home use.

Bonjour mon ami. I realise this is off-topic but would like to assure you the expression “Pardon my French” in no way, shape or form is intended to insinuate that curse words sound like French.

I am sure French has similar idioms that could be taken the wrong way also. I realise you may continue to be offended, but if so, you are barking up the wrong tree, as no offence is intended. And no, I do not mean to insinuate you are a dog either. It’s just another idiom.

Language is filled with idioms. They make communication richer and more meaningful. Hopefully my explanation has helped.

This thread’s all Greek to me

I just had the “could not create output file” with Alexandria with a project that is on a NAS.

Normally I have it put the exe in the project root folder, but this one was in the default (buried) location.

For some reason I couldn’t navigate to the folder Delphi had created either, so maybe it was a permissions issue with the NAS ?

Would you think it acceptable to have your mother tongue referred to in
a forum as sounding no better than foul language?
I sure don’t, so no matter how common the expression is, please remember
you are speaking to a wide audience, keep the casual put-downs for home use.

I think you are being overly sensitive 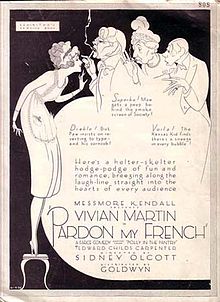 "Pardon my French" or "Excuse my French" is a common English language phrase ostensibly disguising profanity as words from the French language. The phrase is uttered in an attempt to excuse the user of profanity, swearing, or curses in the presence of those offended by it, under the pretense of the words being part of a foreign language. At least one source suggests that the phrase "derives from a literal usage of the exclamation. In the 19th century, when English people used French expression...

The expression remains just as offensive to its target as it was originally meant to be, and in a courteous environment a simple apology and reference to unintended effects, habit, whatever, would be expected, maybe lead to a better awareness of its bigoted subtext in the future.

This expression, along with other habitual ethnic put-downs, is nowadays largely gone and considered inappropriate in the english speaking communities that I have lived and worked in for the past 48 years (so I don’t need a primer on english culture, thank you).

In that context I must say that mocking, then dismissal, have been disappointing reactions.

Apologies to the audience at large for this cluttering of the airwaves, as this was far from my intention.