Back in the last few releases of Turbo Pascal, a DOS windowing system was provided similar to VCL. It allow you to define windows, fields buttons, menus etc and had mouse support

Is anything like this available in Delphi via native or third party ?

You are thinking of Turbo Vision - I used the c++ version for a few projects early in my programming career.

I haven’t seen one for delphi, but did find a C++ reboot of it 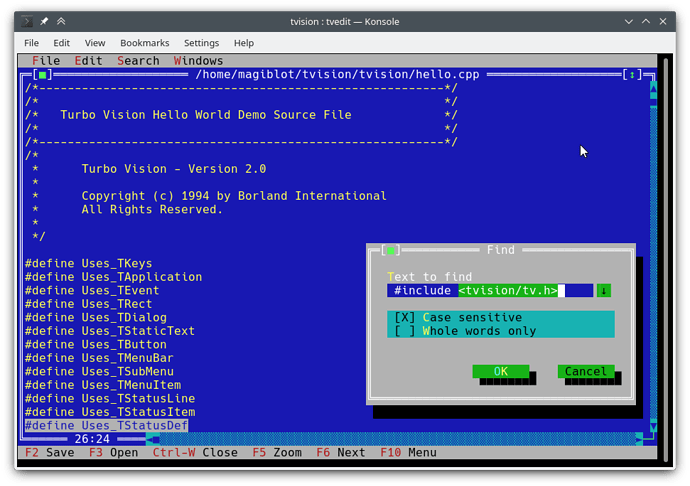 GitHub - magiblot/tvision: A modern port of Turbo Vision 2.0, the classical...

Was it included in TP or did you have to buy it separately ?

Just searched for the CDs - I forgot it came with 5.25 floppies

In “Borland Pascal” for sure, but maybe not in “Turbo” version(s)?

There was a graphical / BGI-based one released later on from a 3rd-party.

I think it could be compiled in 16-bit Delphi.

You might find something useful on the FP site here. It says Free Vision is included with FP:

Often the FP libraries can be used with Delphi even if there isn’t a specific define.

The article also includes a bit of history.

Found this one today - 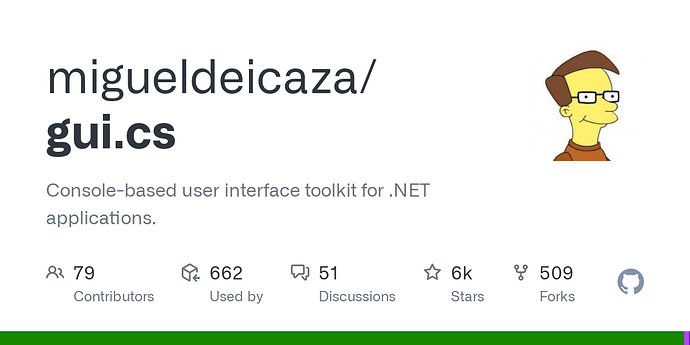 C# based but still interesting to look at.