Hi all, I hope it’s ok to post this. It’s not just a “link sharing” post, but in the context of TMS Web Core (since there is a study group about it here). And also, because this is really one cool post we had at TMS Software. I dare to say one of coolest blog posts we had since the beginning of the blog.

It’s the story about how a request from Embarcadero became a real web application, deployed in production, using Delphi 11, TMS Web Core and TMS XData (in the backend) in five working days.

I’d love to hear what you think about it: 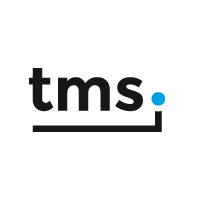 TMS Software Blog: Thriller: a story to go from idea to live web app in less...

This is a different article. It's a little bit longer than usual. It's the story of how a software developer team, working together, using wonderful & highly productive developmen...

Framework aside, there were some good developers there. Very small %% of all Delphi developers can pull that trick. Mostly irrespective of the framework.

I bet it can be done as quick or quicker with IntraWeb too. I wrote a few IntraWeb apps before, within a couple of days each. And with IntraWeb, your code is also well protected, because it’s mostly server-side.

I agree with what you say. But the idea here is to show that “it can be done”. Maybe people aren’t convinced with words like “you/I can do it in a couple of days”, since they are just words. So we tried to show what happened, give details, show and explain the source code (in webinar).

Thanks Wagner for your contribution, I can confirm the speed as I built a web app using TMS web core but used a REST server created from work done by Craig Chapman (Delphi Skill Sprint - Building RESTful Servers - Craig Chapman - YouTube)

I could not get any JS rest servers to work as per the TMS documentation, which is my own fault being in a learning curve and not having done any work previously using JS.
I wanted to test what can be done with TMS Web core using delphi code only ie not including any HTML, JS, bootstrap or other 3rd party templates. I did try some bootstrap templates but the free ones seemed to have completeness issues and required modification so went back to basics
I did manage to get most of the demo’s supplied to work not x data ones as that was not in our scope.

Following the current thread on 3rd party venbdors, i did not see your post as being marketing and the reference to the other post from Serj, it was clearly not marketing and it did not help me beyond what was already in the EMB material. However the various video’s from Greg Chapman were very helpfull as was his web site and were specific with code to building a REST server for a novice rest user like me.

We then purchased a licence before the discount offer but have yet not invested in XData as our main intention was to use a web core app running in a browser on mobile and desktop using Mysql on a server through a delphi Rest server which we had achieved in less than 5 days.
Many thanks for your input and for me a 3rd party section on TMS web core and TMS in general (as well as other vendors) would be welcome.

I just came across a requirement that I could not solve in IntraWeb easily: I need to have a canvas on the webpage, where the user should be able to draw freehand, with the result then sent back to the server. I write with IntraWeb and there is actually a way to do this, but because it’s entirely server-based, there’s a roundtrip to server for every dot drawn, making it unusably slow. So I basically need a client JS drawing code, with an IntraWeb backend.

I expect for a JS developer this may be easy, because IW allows adding any amount of any custom JS to any object on the form, but it’s not that easy for me, so I put that idea aside for the moment and started thinking about Web Core, got a trial key and will be trying to experiment with that next, assuming I can climb the learning curve in some reasonable time.

From those experienced with Web Core, is that something that can be achieved easily using it? Any pointers you can share?

Saw their (TMS) SignatureCapture component and it does work, but now that my project is an IntraWeb one, it’s not available in the palette ;-(

Ok, thanks for the confirmation, much appreciated!

Unfortunately, this limits my choices. Back to the blackboard…

PS: Is anyone familiar enough with IW as well as JS to create an IW with custom JS solution for this?