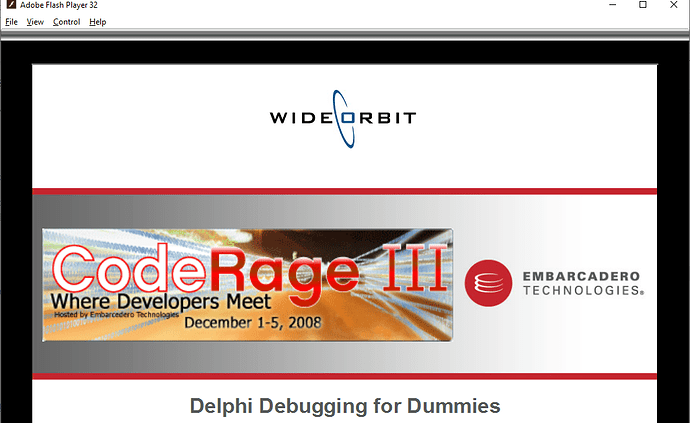 This morning I was looking for a video on how to debug an application with the Delphi IDE. I came across a two-minute video on YouTube by Fr...

Unfortunately none of these videos seem to be available any more.
Has anyone got any archived copies of them?
(Not to mention any of the other Coderages more than a few years old?)

Hi @lexedmonds , David Millington thinks they still exist and has forwarded a message on about the CodeRage 2 videos and getting them back online.

CodeRage 3 onwards have a chance of being on the old site cc.embarcadero.com … or YouTube.

Thanks. He’s right. There are 275 old Delphi videos here:
http://cc.embarcadero.com/ProdCat.aspx?prodid=1&catid=21

Have you embraced your inner software plumber yet?

and I don’t believe I’ve encountered this talk before.

It’s an awesome look at very understandable Delphi scenarios (esp. with forms) and how to improve modularity and separation.

Constructor injection, Property injection, and the use of Interfaces. I feel like this talk is a great step toward the Dependency injection that eg Nick Hodges has given presentations on. 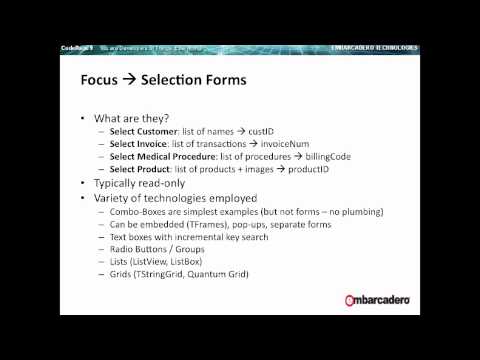